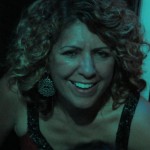 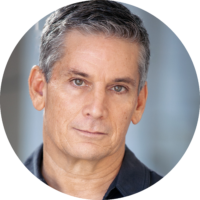 0
SHARES
ShareStay up to date

Ward Smith Actor, Standup comedian, Director, and Voice-Over Artist has been working steadily for 39 years. He’s appeared in over 50 stage productions, many in the Tampa Bay Area stages.  Currently he has joined the cast of American Son written by Christopher Demos-Brown and playing at Stageworks Tampa.  During the Q & A Ward was asked if he had learned anything through his role? His response was as real, and heart felt as his performance.

American Son was written as a fictional story based on relevant issues – Kendra is living every black mother’s worst nightmare: her son is missing, it’s four o’clock in the morning and she’s at the police station trying to find out what happened. The officer working the nightshift is useless, her ex-husband isn’t picking up his phone and the speculations are beginning to consume her. This explosive new drama examines our nation’s racial divide through the eyes of parents searching for answers.

Very well written and combined with the superb performance by the four (4) cast members, it serves the purpose of igniting thought for all that see it.  As Karla Hartley Producing Artistic Director at Stageworks explained, Its not an easy topic and the conversations need to be had.

We have to start somewhere, and the goal is to open productive dialog and find effective solutions between all parties who are directly affected on a daily basis.

Andresia Moseley, is a classically trained theatre actress and nationally recognized spoken word artist. She is a 2018-2020, recipient of the National Performance Network’s Creation and Development Fund co-commissioned by Art2Action and ASU Gammage and supported by the Hillsborough Arts Council Artist Development Grant. In 2018 Andresia became an ASU Gammage Artist in Residence for the development of her first one woman show Five Black Women. From 2016-2019 she was on national tour as the lead character in Speed Killed My Cousin with the Carpetbag Theatre Inc. Knoxville, TN.

Aaron Washington is thrilled to be a member of the cast of American Son and would like to thank Karla Hartley and Fanni Green for castling. A Tampa resident since 2007, Aaron has been a performer at Busch Gardens, performed in shows at Showplace Dinner Theatre, American Stage ahd Stageworks in Lights RIse on Grace. Mt Washington is s director, Choreographer, Educator and performer.

Blake Halloran is an actor/voice actor living in the Tampa Bay Area. He graduated from the University of South Florida in Spring 2020 with a bachelor’s degree in Theatre Performance. His most recent roles were Cliff Bradshaw in Cabaret and the Emcee in the shows: Opening Night Critters and Critters Inn Charge at Busch Gardens.

Ross Tarr aka Santa on WSPF-DB Rhino On Air

Ross Tarr aka Santa on WSPF-DB Rhino On Air